Mitsubishi Motors in talks with Peugeot to increase cooperation

Mitsubishi Motors today said that it was in talks with PSA Peugeot Citroen to enhance their cooperation as a report said the French group would take control of the troubled Japanese carmaker. 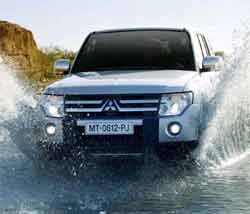 Mitsubishi and Peugeot have been working on vehicle supply and future joint production in Russia but are negotiating a more comprehensive tie-up according to Mitsubishi spokesman Kai Inada.

He added that the two companies are in discussion on possible projects that could benefit both companies and a capital tie-up was one of the options. He added that nothing had been decided on whether they would go ahead with a capital alliance.

According to the Nikkei economic daily Peugeot was in the final stages of talks with Mitsubishi to effectively take over the Japanese company, which posted a first-half net loss of a little over $400 million even as global sales slumped.

Mitsubishi would likely issue ¥ 200-300 billion in new shares giving Peugeot a 30-50 per cent stake according to the daily which did not cite any sources.

While the deal would provide Mistubishi with a cash injection and Peugeot would be able to tap the Japanese company's expertise in electric vehicles and its network in emerging countries, the report said.

The report said that Mitsubishi could also take an equity stake in Peugeot.

If the deal were to go through it would be the first investment in a major Japanese automaker by an overseas rival since France's Renault took a stake in Nissan in 1999.

The deal would also create the sixth-largest automobile alliance in the world with combined sales of roughly 4.45 million vehicles in 2008, behind Ford Motor of US but ahead of South Korea's Hyundai Motor.

A possible tie-up between Peugeot and Mitsubishi had also been reported by French financial newspaper La Tribune in September and according to analysts the two companies would be a good fit with a complementary presence in Europe and Asia.

Automakers across the world are under increasing pressure from governments to cut carbon-dioxide emissions and develop more efficient cars. Both Mistsubishi and Peugeot are in race with Toyota Motor and General Motors to take the lead in next-generation fuel-efficient vehicles.

The market for such cars particularly electrics in Europe is expected to be grow stronger with governments offering large incentives for purchases.

In September, Mitsubishi and Peugeot companies agreed to develop a vehicle based on Mitsubishi's i-MiEV electric car which would take to the roads in Europe by the end of 2010.

According to the companies, Mitsubishi has plans to begin global sales of the i-MiEV with right-hand drive this year and has plans to build a left hand drive version next year.

The two companies already share platforms for sport-utility vehicles, and are building an assembly plant jointly in Russia for the manufacture of Peugeot, Citroen and Mitsubishi brand mid-size cars and SUVs.

According to Daniel Nanas spokesman for Mitsubishi Motors Europe in the Netherlands, the two companies have enjoyed a very beneficial relationship since 2005 and speculation about the two automakers deepening their collaboration has been going on for years.