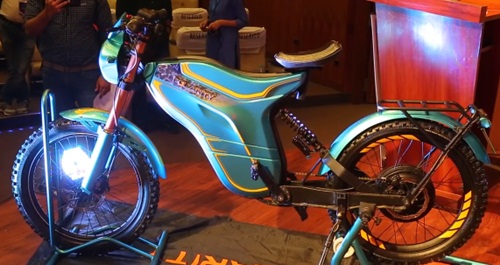 These pedal-assisted bicycles fitted with electric motors of different range and calibre, will have top speeds ranging from 40 kmph to 100 kmph.
The bikes will be available in Sports and Executive series and delivery of the first lots will commence in last quarter of this financial year. The company promises as many as 36 variations at the start of next year.
The launch comes at a time when there is growing interest from buyers for pedal-assisted electric bicycles. Hero Cycles, India's largest bicycle manufacturer, launched an e-bicycle along with Yamaha earlier this week.
The e-bicycles launched by Polarity have motors with power ranging from 1kW to 3kW. The lithium-ion battery powered bicycles have 1000 life cycles and carry a three year warranty. All the six bikes have a ride range of 80kms.
The bikes have been designed and developed in-house by Polarity and manufactured at Hinjewadi, Pune.
The Polarity bikes have been built on lightweight steel frame with an overall kerb weight of just under 55kg. The company is offering Bluetooth connectivity and GPS tracking on the top-end model.
A company-designed mobile app will connect the bike for relaying information such as diagnostics, service logs, and location tracking. The bikes come with adjustable suspension, parental controls from smart phones to control bike speeds when the owner lends the bike to friends or children.
The company intends to start sales from eight cities, including Mumbai, Delhi, Ahmedabad, Chennai, Bengaluru, Kolkata and Pune.
MORE REPORTS