The 104-year-old Italian motorbike brand Benelli, having entered India through a tie-up with Pune-based DSK Group as DSK Benelli for the assembly and sale of its superbikes, said on Friday that it hopes to have a joint venture to manufacture these motorbikes. 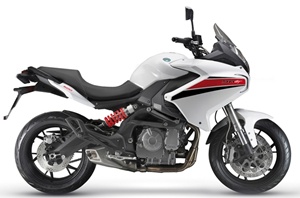 The decision to manufacture bikes in India would depend on the consumer uptake, and on which of its bikes would sell well in the country. ''We would prefer to set up a manufacturing plant here through a partner. But it will depend on how fast the market develops for us and which of the models will sell well in India,'' George Wang, director at Benelli said.

Wang said in Bangalore that the company will come in through a professional partner for development.

Benelli is now part of motor Group Qianjiang, a corporation based in Wenling, southeast China. It remains located in Italy's Pesaro, with the same workforce and the same premises as previous proprietor Benelli SpA.

Currently, the company imports its bikes from China and Italy for sale in India. As of now, its high-end bikes come from Italy. ''We source the bike parts from across Europe and China,'' said Wang.

Of its range of bikes, Benelli has launched five in India with engine capacities ranging from 300 cc to as much as 1,131 cc. The company expects its bikes in the 300-600 cc range to be the hot sellers.

''The high end of the market is small,'' said Wang.

DSK Motowheels, a part of the Rs5,000 crore DSK Group, got into the automobile sector by entering the niche segment of powerful and aspirational bikes. It has set up a CKD plant in Maharashtra. Currently, DSK Motowheels assembles Hyosung bikes and uses a part of its plant to assemble Benelli bikes.

As of now, only one of DSK's outlets in Pune is company owned. The rest are owned by franchisees. The investment that would go into each franchise is about Rs 3 crore and the outlets will have in all 3,000 sq feet with 1,500 sq ft dedicated to service, added Kulkarni.

As of now, the company believes in absolute numbers. The 300cc bikes would make up 60 per cent of the bikes sold. The 600cc bikes could make up 30 per cent of its sales and the remaining st of the sales could come from the top-end bikes, Kulkarni added.