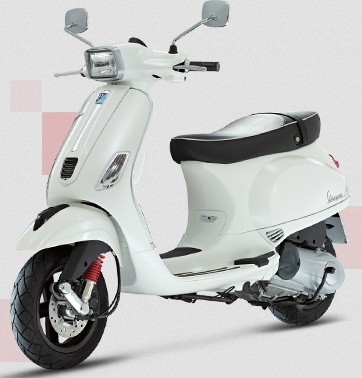 With its sporty design and style, the contemporary Vespa S scooter is expected to help Piaggio carve a niche for itself in the premium scooter segment.

With the launch of Vespa S, the company now has three scooter variants - LX, VX and S – on offer. Vespa S was showcased at the 2014 Auto Expo held in February at Greater Noida.

Piaggio is now considering launch of 'bigger' scooters in the Indian market. The new scooters will have a separate branding than Vespa's existing premium brands. Plans, however, may take time to materialise.

The company also plans to bring its most luxurious offering, Vespa 946 with a price tag of Rs8-9 lakh, Piaggio Vehicles chairman and managing director Ravi Chopra said on the sidelines of the roll-out function.

Vespa 946 will be completely built unit and will join the other three premium scooters including the Vespa S, he said.

''Piaggio has a very strong product portfolio. We are conducting an extensive market research to establish whether there could be a market for a big-wheel scooter, which could be a 300-400 cc scooter and it will be a revolutionary concept,'' Chopra said.

The company is simultaneously looking at scaling up Vespa's presence and product portfolio in the country.

''Our mission was to create a premium space for scooters, which to an extent we have successfully managed to do. India offers a large opportunity and we are yet to leverage its full potential here. So far, we have done 80,000 scooters since the launch. Our hope is to do better in 2014, and with more products we'd add incremental volumes each year,'' said Chopra.

Piaggio currently has just about 1 per cent market share in the domestic market.