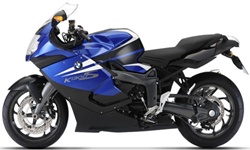 With access to BMW technology, TVS Motor hopes to develop new models that would help it stem the fall in bike sales, the company said in a release.

"We intend to leverage each other's strengths to deliver a new series of products offering cutting-edge technology for our customers," TVS group chairman Venu Srinivasan said today. The first of the motorcycles developed jointly with technology inputs from BMW Motorrad will be available in 2015, he added.

TVS and BMW Motorrad will develop and manufacture a series of motorcycles in the sub-500 cc segment, the company said in its press release.

This, however, does not exclude either company from developing and marketing individual models through own distribution channels, it added.

TVS has seen a steady slump in sales with a more than 6 per cent decline in sales in the financial year that ended in March, against a 4-per cent increase in sales industry wide.

On the other hand, Japanese rivals Honda Motor and Yamaha Motor have seen their market share increase over the last year.

A tie-up with BMW is intended to stem the loss of market share.

The technology deal with BMW saw TVS Motor shares rise as much as 15 per cent to Rs42.35 in early market, and the stock was trading at Rs39.20 in afternoon trade.