Piaggio launches Vespa scooters in India, for a third time 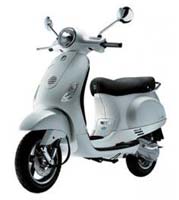 Piaggio SpA has launched its iconic Vespa scooter in India, for a third time, at a price of Rs66,661 ex-showroom Maharashtra.

Piaggio  has positioned the Vespa LX 125 scooter at the premium end of the market, at a 15-20 premium to other popular brands like Honda Activa, Suzuki Access and Mahindra Duro.

Piaggio's scooter plant in Baramati district of  Maharashtra has a current production capacity of 150,000 vehicles and the company will double its capacity to 300,000 by the end of 2013.

The company has already spent $30 million on the plant and plans to invest an additional $20 million to double its scooter manufacturing capacity, Gabriele Galli, chief financial officer, said.

"We could not have launched Vespa at better time than this. The scooter market is fastest growing segment in the country and the Indian consumers has evolved today aspiring to own more lifestyle products and Vespa fits in perfectly," Ravi Chopra, CMD, Piaggio Vehicles Private Limited, said.

Piaggio, which recorded global sales of 1,50,000 Vespa scooters in 2011, is bullish on India outselling Vespa's global sales across various markets in the next two to three years with over 3,00,000 units sold annually.