The Delhi Police and Transport Department said today it will launch a crackdown on 'e-rickshaws' plying on the roads of the national capital following a Delhi High Court order earlier in the day directing the local government to stop these electric rickshaws from plying "as of now". 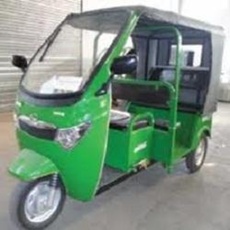 The battery-powered rickshaws were brought on Indian roads with the aim of reducing pollution; instead they have rather wreaked havoc on the roads and are a threat to people's lives.

In the latest incident on Wednesday, a two-year-old boy slipped from his mother's arms after she was hit by an e-rickshaw in Trilokpuri, East Delhi. The child fell into a pan of hot oil and died of burn injuries.

Special Commissionor of Police (Traffic) Muktesh Chander said once they get a copy of the court's order, cops would be told to impound e-rickshaws and report to their seniors through wireless.

"As per court's direction, traffic police will proceed and seize such vehicles plying on roads of the national Capital," Chander said.

On 17 June, union transport minister Nitin Gadkari while addressing a rally of e-rickshaw owners and drivers at Ramlila Maidan, had announced that e-rickshaws with motors of up to 650W would now be regarded as non-motorised vehicles.

After Gadkari's intervention, all three municipal departments of Delhi had promptly started regularising these vehicles.

"We are now studying the court's order and thereafter, we will take action against such vehicles," said a top official of the transport department.

There area around 70,000 battery-operated rickshaws plying on roads in the national capital. A bench of justices B D Ahmed and S Mridul today said "Stop it as of now," while observing that "unregulated plying of vehicles on Delhi roads is prima facie a hazard to other traffic on road as well as the citizens".