In a move towards a cleaner environment, the Gujarat government will soon introduce a pilot project to run electric buses for public transport between state capital Gandhinagar and Ahmedabad. 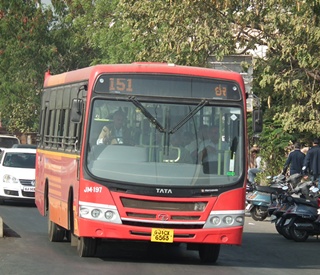 The state-run Gujarat Power Corporation Ltd (GPCL) has invited expressions of interest from companies interested in the project, which has been put on its official website.

A state government official was quoted as saying that around 15-20 buses would be included in the initial phase.

The project includes the purchase of 15-40 seat mini-buses. If the project is successful, it will be replicated in other states as well.

The project also includes setting up of solar-power based electric charging stations at regular distances on the 35-odd km long stretch between Ahmedabad and Gandhinagar.

The project is expected to be launched by the end of the year. It will also involve deploying, commissioning, supervision and monitoring the electric vehicles transport system based on solar powered energy for six months from the date of commissioning.