The task force constituted by the government on Monday submitted its report on overhauling the six decades-old direct tax laws in the country, to finance minister Nirmala Sitaraman. 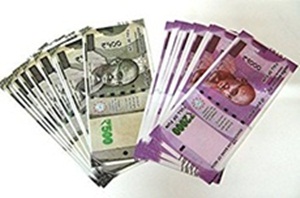 The task force, headed by Principal Chief Commissioner of Income Tax, Akhilesh Ranjan, is reported to have recommended significant relief for taxpayers, including an across-the-board 25 per cent tax rate for corporates and changes in personal tax slabs to benefit middle and upper middle class
“Union minister of finance and corporate affairs Nirmala Sitharaman received the report submitted by Akhilesh Ranjan, Convenor of the Task force, constituted by the government to draft the new Direct Tax Law, in New Delhi today,” the finance ministry stated in a tweet.
The ministry, however, did not highlight the recommendations of the task force, nor did it place the report in the public domain for consultation. Reports citing ministry sources said further action on the report will depend on the finance ministry’s vetting the report.
The report contains both recommendations and a draft Bill to be approved by Parliament.
The task force is believed to have suggested changes in the slab for personal income tax as well as corporate tax. Currently, the personal income tax structure has three categories — people below the age of 60, people above the age of 60 but less than 80, and people of 80 years and above.
The first category has four slabs – nil tax on income up to Rs2.5 lakh; 5 per cent tax rate for income between Rs2.50 lakh and Rs5 lakh, 20 per cent tax rate for income between Rs5 lakh and Rs10 lakh and 30 per cent for income above Rs10 lakh. The second category has the basic slab of Rs3 lakh while the third category has ‘nil’ rate for income up to Rs5 lakh.
The task force is believed to have suggested a ceiling of 20 per cent and introduction of new slab rates between 5 and 20 per cent.
The proposed corporate tax reduction will apply to large local as well as foreign companies that are present in India without a subsidiary and are taxed at 40 per cent. Unlike domestic firms, foreign companies pay a higher corporate tax rate, but do not have to pay dividend distribution tax that is applicable to domestic companies. At present, domestic companies with sales up to Rs400 crore pay a lower 25 per cent tax while bigger companies pay 30 per cent, excluding the surcharge and cess on the income-tax outgo.
Bigger corporate account for only 0.7 per cent of the corporate tax base while those with sales of up toRs400 crore covers 99.3 per cent of all the registered entities. Though number wise bigger corporates account for only 0.7 per cent, they contribute the maximum in terms of total tax payout.
If implemented, the tax rate reduction could prove to be a big fiscal stimulus for the corporate sector reeling under a sharp economic downturn.
The actual tax rate reduction may be done as part of annual Finance Bills, depending on the revenue buoyancy of the government.
The new direct tax law will also bring in new taxation concepts as well as schemes to reduce litigation,
The taskforce is also understood to have given its recommendation on three contentious issues of corporate tax – on long term capital gain (LTCG), dividend distribution tax (DDT) and minimum alternative tax. The investing community has been demanding abolition of LTCG and DDT and restructuring of MAT saying it would bring lot of certainty for the investor and prop up the investment cycle.
MORE REPORTS