The government has moved the National Company Law Tribunal (NCLT) for a change of management at the crisis-hit IL&FS as debt defaults by group entities of the diversified group trigger fears of contagion. 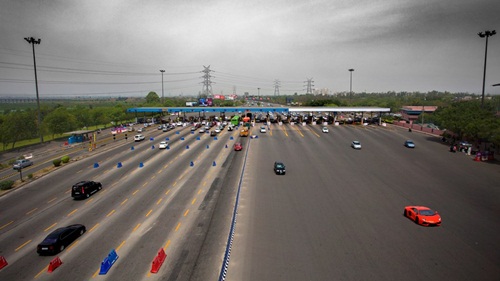 The government is reported to have filed an application with the NCLT to remove the board of the company, warning the continuance of the current directors would be prejudicial and not in the interest of the public.
“The current IL&FS crisis could have an adverse impact on the financial stability of the economy,” a government lawyer told NCLT today. A collapse of IL&FS could spark the collapse of many other players in the non-banking financial services sector, the lawyer cautioned.
Reports quoting a senior official of the infrastructure and finance group said the ministry of corporate affairs has moved an application to the tribunal even as the company started firming up plans to repay debt by sale of assets.
Debt defaults by certain group entities of diversified IL&FS have triggered fears of a liquidity crisis in the financial markets and the RBI has been taking steps to improve the overall cash situation outside the IL&FS loop as well.
Sources close to IL&FS said it is likely to support the application as it will help resolve all the pending issues and reach a comprehensive solution for the benefit of   all stakeholders. The key shareholders of IL&FS include LIC, SBI and Central Bank of India.
IL&FS, where LIC is the largest shareholder with 25.34 per cent stake, has a debt burden of over Rs 91,000 crore.
The government is reported to have sought approval from NCLT to nominate 10 directors, including the managing director of Kotak Mahindra Bank Uday Kotak as IL&FS’ non-executive chairman.
The government may not take control IL&FS as in the case of Satyam Computer Services in 2009, when an accounting scandal at the firm shook investor confidence in the information technology sector.
The government dissolved Satyam’s board after its chairman and founder, Ramalinga Raju, revealed India’s biggest corporate accounting fraud.
The government then set up a new board to stabilise the struggling software company, which was later sold to Tech Mahindra.
IL&FS, meanwhile, announced that its shareholders have approved a plan to raise funds via debt and equity issuances.
The group had also said its board would develop a “comprehensive” restructuring plan to pay its dues through asset sales and a rights issue.
MORE REPORTS