The India Post Payments Bank (IPPB), which will be launched nationwide by Prime Minister Narendra Modi on 1 September, will significantly augment the reach and impact of the banking sector in the country, minister of state for communications Manoj Sinha said today. 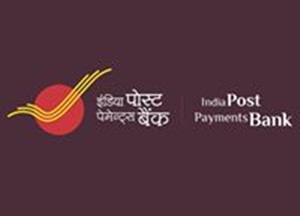 Briefing the media here about the upcoming nation-wide launch of the IPPB by the prime minister on 1 September 2018, Sinha said the trusted postman will now become a banker to millions of unbanked and under-banked Indians who have so far had no access to financial services.
The launch of IPPB will more than double the number of bank branches in the country – from the present 1.40 lakh to more than 2.90 lakh. Similarly, the number of rural branches in the country will increase from the current 49,000 to more than 1.75 lakh.
The union cabinet chaired by Prime Minister Narendra Modi also today gave its approval for revision of the project outlay for setting up of India Post Payments Bank (IPPB) from Rs800 crore to Rs1,435 crore. The additional sum of Rs635 crore in the revised cost estimates is on account of Rs400 crore for technology costs and Rs235 crore for human resource costs.
IPPB services will be available at 650 IPPB branches and 3,250 access points from 1 September 2018 and in all 1.55 lakh post offices (access points) by December 2018.
“The vision of IPPB is to build the most accessible, affordable and trusted bank for the common man, to spearhead the financial inclusion agenda of the Government. It will leverage the vast network of the Department of Posts, which covers every corner of the country with more than 300,000 Postmen and Grameen Dak Sewaks. This will enable IPPB to bridge the last-mile gap in banking services,” said Manoj Sinha.
The project will generate new employment opportunity for about 3,500 skilled banking professionals and other entities engaged in propagating financial literacy across the country.
“The objective of the project is to build the most accessible, affordable and trusted bank for the common man; spearhead the financial inclusion agenda by removing the barriers for the unbanked and reduce the opportunity cost for the under banked populace through assisted doorstep banking.
“The project will supplement government's vision of "less cash" economy and at the same time promote both economic growth and financial inclusion.
“The robust IT architecture of IPPB has been built taking into consideration bank grade performance, fraud and risk mitigation standards and in line with the best practices from payments & banking domain,’ a cabinet release stated.
The IPPB will provide a bouquet of payments/financial services through its technology enabled solutions, which will be distributed by the Department of Posts (DoP) employees/last mile agents, transforming them from mail deliverer to harbinger of financial services.
The IPPB will pay incentive/commission to the last mile agents (postal staff and gramin dak sewaks) directly in their accounts for providing IPPB services so as to motivate them to promote IPP8 digital services to the customers.
A part of commission to be paid by IPPB to Department of Posts will be used for increasing the wherewithal of post offices.
MORE REPORTS