The Kerala government hopes to raise up to Rs30,000 crore from non-resident Indians through a 'chit fund scheme' by the Kerala State Financial Enterprises (KSFE), to finance the state's infrastructure projects. 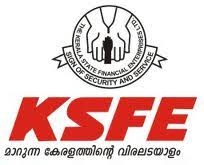 KSFE plans to tap a million NRIs to raise around Rs30,000 crore by 2020 through the Pravasi chit that it proposes to launch shortly in the Gulf region. The state-owned NBFC is targeting non-resident Keralites in Gulf to raise funds.

KSFE is confident of achieving the target, considering the response to the roadshows in the Gulf, its managing director A Purushothaman, was reported as saying.

Purushothaman, who was in the UAE recently to market the 'Pravasi chit fund', a saving-cum-investment product, said the feedback he received was encouraging and that the roadshows had helped to convince investors of the benefits of the scheme.

A recent amendment to the FEMA law that allows NRIs to invest in chit-funds in India also helped, according to him.

He also claimed that the Pravasi chit fund is a Shariah-compliant product, which could be sold in the Gulf countries.

In the governor's address ahead of the assembly sessions, the state government had announced plans for Pravasi chit to tap around Rs10,000 crore for Kerala's infrastructure development.

The chit scheme will be fully digital, allowing subscribers enrol, transact, and bid in auctions online. KSFE has also developed a mobile app for customers to remit installments. The schemes can also be customised for NRIs, says Purushothaman.

There will also be a 24x7 support centre in Thiruvananthapuram exclusively for NRI customers.

KSFE is in the process of appointing agents / money exchange houses as collection points in the Gulf along with other marketing activities.

Purushothaman said KSFE expects to launch the scheme in Dubai by the year-end or early next year. The software development is almost complete and state finance minister TM Thomas Isaac will soon visit Dubai to make a final assessment.