Manhattan hedge fund manager Sanjay Valvani was charged on Wednesday with trading on confidential tips about drug approvals, in one of the biggest insider trading cases since a 2014 court ruling made it harder for US prosecutors to pursue such traders. 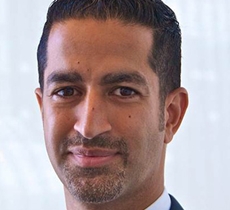 Visium Asset Management, run by Jacob Gottlieb, is one of the largest hedge funds that focuses on health-care investing

Prosecutors said the inside information was provided by Gordon Johnston, a consultant who got tips from a friend and former FDA colleague still working at the agency.

Valvani passed some of these tips to Christopher Plaford, then a Visium portfolio manager, who made his own illegal trades, prosecutors said.

"Sadly these are schemes we see time and time again, where lies and use of non-public information profits those conducting the crimes, and everyday investors lose out," FBI Assistant Director-in-Charge Diego Rodriguez said in a statement.

Prosecutors also accused Plaford and Stefan Lumiere, another former Visium portfolio manager, of fraudulently inflating the value and liquidity of a bond fund they oversaw by getting "sham" price quotations from brokers, in an effort to prevent investors from demanding their money back.

But such cases became tougher to prosecute in December 2014 when a federal appeals court in Manhattan voided his convictions of hedge fund managers Todd Newman and Anthony Chiasson.

That court said prosecutors needed to show that traders knew the people who provided inside tips received something consequential in exchange.

Barry Berke, a lawyer for Valvani, in a statement accused Bharara of "stretching the facts and the law to try to transform entirely innocent trading decisions into a crime."

Berke also called Valvani "an innocent man whose investment decisions were always based on rigorous and entirely appropriate research and analysis".

Valvani, 44, of Brooklyn, New York, pleaded not guilty in the US District Court in Manhattan to five counts including securities fraud, wire fraud and conspiracy. He was freed on $5 million bond secured by his home.

Lumiere, 45, of New York, was charged with securities fraud, wire fraud and conspiracy, and freed on $1 million bond after a brief court appearance. He did not enter a plea.

Johnston, 64, of Olney, Maryland, and Plaford, 38, of Bedford, New York, pleaded guilty earlier this month to related charges and are cooperating with prosecutors.

The US Securities and Exchange Commission filed civil charges against all four defendants. It said Valvani's illegal profit, including from other trades, was $32 million.

Founded in 2005 by Jacob Gottlieb, who has a medical degree, Visium oversees about $7 billion of assets. Last month, The Wall Street Journal said investors asked to redeem about $1.5 billion after news of the federal probes surfaced.

"I am deeply saddened by today's events," Gottlieb said in an email. Visium was not charged.

Valvani's alleged scheme ran from 2005 to 2011, centred on "political intelligence" that Johnston got from his former colleague at the FDA,] where he was once deputy director of the Office of Generic Drugs.

According to court papers, Visium paid Johnston hundreds of thousands of dollars over the years, but Valvani asked its chief financial officer in a 6 January 2010 email to award him a raise.

Johnston "is without question the most valuable consultant I've ever worked with and I'm pushing to reinforce the value of the relationship and encourage him to continue to go above and beyond for our team", Valvani allegedly wrote.

After Momenta won approval in July 2010, causing its stock to rise 82 percent in one day, Valvani made $25 million from selling his Momenta stock, and closing bets that Sanofi stock would fall because of the new competition, prosecutors said.

The SEC said Valvani reaped another $7 million by later selling Momenta short, based on tips that Watson Pharmaceuticals Inc might also win approval for a Lovenox generic.

Prosecutors said Valvani called Johnston in January 2011 to end their relationship, "in the wake of news reports of insider trading investigations".