Reserve Bank of India (RBI) deputy governor Viral Acharya has put in his papers six months ahead of the end of his term in office and weeks after RBI’s Monetary Policy Committee meeting on 6 June. 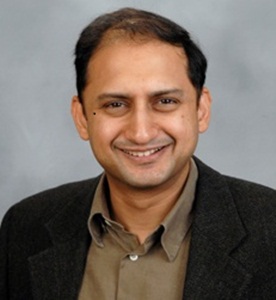 Acharya, who was appointed deputy governor towards the end of 2016 for a term of three years went foul with the finance ministry after he publicaly aired his differences with the finance ministry in October last year. Many had expected him to resign along with Urjit Patel who resigned as RBI governor.
His three-year term as deputy governor of RBI was to end on 20 January 2020.
Acharaya, who joined RBI cutting short his term as CV Starr Professor of Economics at the New York University Stern School of Business (NYU stern), is expected to return to academic career in August.
The government had tried to downplay its displeasure with RBI moves and was waiting for an opportunity to turn tables against the Reserve bank’s policy makers. The appointment of Shaktikanta Das as the central bank governor in place of Urjit Patel seems to have made it difficult for Acharya to continue in office.
Acharya had criticised the government for its short term views about the economy and the use of ad hoc remedies to macroeconomic problems, saying “Centre plays T20, we play Test.”
Although Acharya has not announced his plans yet, it is widely believed that the since the timing of his resignation coincides with the academic year in the US where he has his family as well, he must be returning to Academia.
Acharya is reported to have communicated his intention to step down to RBI governor Shaktikanta Das who in turn informed the finance ministry. The governors and deputy governors are appointed directly by the government, although the governor has a say in the selection of his deputies.
Of the four deputy governors, two are from within RBI, one from the commercial banking sector and the fourth an economist.
Acharya is in charge of the Financial Stability Unit, Monetary Policy Department, Department of Economic and Policy Research, Financial Markets Operation Department, Financial Market Regulation Department, among others at the RBI.
His rift with government policy makers came in the open when in his AD Shroff memorial lecture on 26 October 2018, he lashed out at the centre stating that governments that do not respect the independence of central banks will sooner or later have to face an unruly financial market.
While the speech was seen by many as signs of RBI’s stubbornness, it was later found to be a reaction to the government dictating terms to RBI and threatening to use powers under Section 7 for the first time in its 83-year history.
Reports, meanwhile, said another RBI deputy governor NS Vishwanathan, whose term is due to end in the first week of July, is likely to get an extension for another two-year term.
MORE REPORTS