Reserve Bank of India governor Urjit Patel on Wednesday said that the central bank had "very limited authority" over state-run banks, and called for reforms in the wake of the $2 billion (Rs1,400 core) Punjab National Bank fraud. 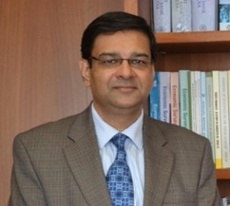 Patel sought the same powers for the RBI to police state-run banks as it has over private lenders.

Speaking at the inaugural lecture at Centre for Law & Economics, Centre for Banking & Financial Laws Gujarat National Law University, Gandhinagar, he said a few businesses were in cahoots with the lenders, and the banking regulator was working towards breaking this ''unholy nexus''.

The RBI governor said it was wrong to accuse the banking regulator of turning blind eye to such scams since was not feasible for the regulator to catch or prevent all kinds of financial frauds. ''It's infeasible for regulator to be in all nooks and corners of banking activities,'' he said.

Talking about the PNB scam, Patel said that the central bank also felt anger, hurt and pain when such banking frauds are detected. He launched an indirect attack on the Indian government, which has been critical of the role of the regulator and auditors in failing to spot the huge alleged scam.

Patel said there were numerous limitations in the RBI's powers over state-run lenders, such as its inability to remove directors, replace management, push through a merger or initiate liquidation.

While the RBI regulates all banks in India, state-run banks are also regulated by the government, which owns majority stakes in them. This has, in effect, led to a system of "dual regulation", Patel said, adding that this "fault-line is bound to lead to tremors such as the most recent fraud".

"I have chosen to speak today to convey that we at the Reserve Bank of India also feel the anger, hurt and pain at the banking sector frauds and irregularities," he said. "In plain simple English, these practices amount to a looting of our country's future by some in the business community, in cahoots with some lenders."

Patel said RBI has in place an asset quality review system for banks and "we are doing all we can to break this unholy nexus".

Invoking mythology, he said RBI has undertaken the cleaning up of the country's credit culture as the Mandara mount or the churning rod in the Amrit Manthan or the Samudra Manthan of the modern day Indian economy.

Until the churn is complete and the nectar of stability safely secured for the country's future, someone must consume the poison that emanates along the way, he said.

"If we need to face the brickbats and be the Neelakantha consuming this poison, we will do so as our duty; we will persist with our endeavours and get better with each trial and tribulation along the way," the RBI Governor said.

He also wished that more promoters and banks, individually or collectively through their industry bodies, would reconsider being on the side of "Devas rather than Asuras in this Amrit Manthan".

He made a pitch for "making banking regulatory powers neutral to bank ownership and levelling the playing field between public sector and private sector banks".

Referring to PNB, Patel said the RBI had identified, based on cyber risk considerations, the exact source of operational hazard – through which "we understand" now the fraud had been perpetrated.

In particular, he said the RBI had issued precise instructions via three circulars in 2016 to enable banks to eliminate the hazard.

"It turns out ex post the bank had simply not done so. Clearly, the internal processes at the bank failed in allowing the operational hazard to remain in place in spite of clear instructions to close it," he said.

Patel said the RBI will undertake actions against the bank that it is empowered to but this set is limited under its Banking Regulation Act powers over PSBs.

Noting that "success has many fathers; failures none", the governor said there has been the usual blame game, passing the buck, and mostly short-term and knee-jerk reactions.

"These appear to have prevented the participants in this cacophony from deep reflection and soul searching that can help solve fundamental issues that are the root cause of such frauds and related irregularities in the banking sector," he said.

"Its magnitude is larger than Rs8.5 lakh crore of stressed assets on bank balancesheets and its significance stems from several practices in promoter-bank credit relationship that need immediate attention," he said.