China not 'walking the walk' on methane emissions

China, the world’s largest guzzler of coal, continues to produce more methane emissions from its coal mines despite its pledge to curb the global warming pollutant. 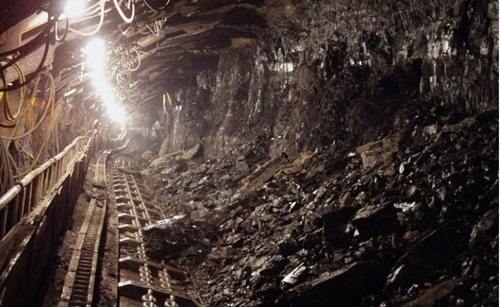 According to new research from a team led by Carnegie's Scot Miller and Anna Michalakas, chinese regulations on coal mining have not curbed the country's growing methane emissions over the past five years as intended. Their findings are published in Nature Communications.
In China, regulations to reduce methane emissions from coal mining took full effect in 2010 and mandated methane to be captured or to be converted into carbon dioxide.
China is the world's largest producer and consumer of coal, which is used to generate more than 70 per cent of its electricity. It also emits more methane than any other nation, and the coal sector accounts for about 33 per cent of this total. This happens when underground pools of methane gas are released during the mining process.
In the atmosphere, methane acts as a greenhouse gas, trapping heat and contributing to climate change. The detrimental impacts of climate change include increased heat waves, longer droughts, more-severe hurricanes, and a greater number of animal extinctions, leaving many policymakers around the world scrambling to reduce emissions.
In China, regulations to reduce methane emissions from coal mining took full effect in 2010 and required methane to be captured or to be converted into carbon dioxide. The team of researchers set out to use atmospheric modeling and data from Japan's GOSAT satellite to evaluate whether these new rules actually curbed Chinese methane emissions.
"Our study indicates that, at least in terms of methane emissions, China's government is 'talking the talk,' but has not been able to 'walk the walk,'" explained lead author Miller, who is now at Johns Hopkins University.
Although the goal stated in China's 12th Five Year Plan was to remove or convert 5.6 million metric tons (5.6 teragrams) of methane from coal mines by 2015, the team found that methane emissions instead rose by about 1.1 million metric tons (1.1 teragrams) per year between 2010 and 2015. This is in line with the nation's annual increases methane emissions going back to 2000.
Overall, Chinese methane emissions increased by 50 per cent from 2000 to 2015. This could account for as much as 24 per cent of the total global increase in methane emissions over the same period.
"China had an aspiration and an opportunity to reduce its release of coal-mining-related methane, but our analysis of satellite data shows business-as-usual emissions of this harmful greenhouse gas," Michalak said. "It's therefore unlikely that China's ambitious goals for reducing methane emissions from coal mining were met."
Infrastructure and technology challenges may be hampering the nation's ability to achieve their emissions reduction goals, the authors explained.
For example, the lack of pipelines to transport methane harvested from the remote, mountainous mining areas to more populated regions present a challenge. Likewise, methane capture tools are poorly suited to the conditions where coal seams are found in China, resulting in a low-quality product.
MORE REPORTS