The union cabinet on Friday approved a new Coastal Regulation Zone (CRZ) Notification 2018, which allows greater opportunity for development of densely populated rural areas and construction of tourism infrastructure for basic amenities as close as 50 meters from the tidal areas. 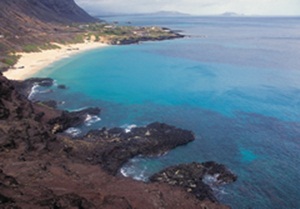 While special importance will be given to ecologically sensitive areas, and CRZ clearance streamlined, No Development Zone (NDZ) has been brought as close as 20 meters for all islands.
FSI for construction, however, will be allowed as per current norms in CRZ areas.
The government has approved new rules governing India's coastlines in which it has given impetus to promotion of tourism facilities like shacks on beaches and stipulated No Development Zone (NDZ) of 20 metres for all islands.
The union cabinet chaired by Prime Minister Narendra Modi on Friday approved the Coastal Regulation Zone (CRZ) Notification, 2018, in which it has delegated powers to give clearances to projects falling in CRZ-II and III to state level authorities with necessary guidance.
While the government claimed that the move will lead to enhanced activities in the coastal regions thereby promoting economic growth while also respecting the conservation principles of coastal regions, environmentalists said the new CRZ norms will open up fragile inter-tidal areas to real estate agents and promote commercialisation of the coast at the cost of fishing community.
In the CRZ, 2018 Notification, it has been decided to de-freeze the 2011 notification and permit FSI for construction projects, as prevailing on the date of the new notification. This will enable redevelopment of these areas to meet the emerging needs, according to the government.
The new regulations propose to give greater opportunity for development to densely populated rural areas: For CRZ-III (Rural) areas, two separate categories have now been stipulated as below:
The new CRZ notification proposes to promote tourism infrastructure for basic amenities: Temporary tourism facilities such as shacks, toilet blocks, change rooms, drinking water facilities etc have now been permitted in beaches. Such temporary tourism facilities are also now permissible in the `No Development Zone’ (NDZ) of the CRZ-III areas as per the notification. However, a minimum distance of 10 m from HTL should be maintained for setting up of such facilities.
The procedure for CRZ clearances has been streamlined. Only such projects/activities, which are located in the CRZ-I (Ecologically Sensitive Areas) and CRZ IV (area covered between Low Tide Line and 12 Nautical Miles seaward) shall be dealt with for CRZ clearance by the ministry of environment, forest and climate change. The powers for clearances with respect to CRZ-II and III have been delegated at the state level with necessary guidance.
A No Development Zone (NDZ) of 20 meters has been stipulated for all Islands: For islands close to the main land coast and for all Backwater Islands in the main land, in wake of space limitations and unique geography of such regions, bringing uniformity in treatment of such regions, NDZ of 20 m has been   stipulated.
Specific guidelines related to conservation and management of all Ecologically Sensitive Areas have been drawn up as a part of the CRZ notification.
In order to address pollution in coastal areas treatment facilities have been made permissible activities in CRZ-I B area subject to necessary safeguards.
Defence and strategic projects have been accorded necessary dispensation.
The move comes in the backdrop of a series of representations received by the ministry of environment, forest and climate change from various coastal states/UTs, besides other stakeholders, for a comprehensive review of the provisions of the earlier CRZ notification, particularly related to the management and conservation of marine and coastal eco-systems, development in coastal areas, eco-tourism, livelihood option and sustainable development of coastal communities etc.
MORE REPORTS