Parliament passes bill to save Muslim women from Triple Talaq 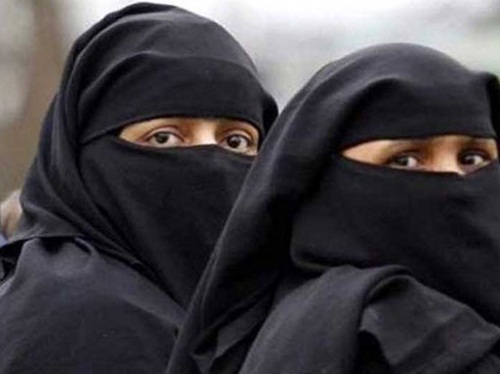 Prime Minister Narendra Modi thanked all the parties and MPs who have supported the passage of the Muslim Women (Protection of Rights on Marriage) Bill, 2019 in both Houses of Parliament. He said they have risen to the occasion and this step of theirs will be forever remembered in India’s history.
In a series of tweets he said that “An archaic and medieval practice has finally been confined to the dustbin of history! Parliament abolishes Triple Talaq and corrects a historical wrong done to Muslim women. This is a victory of gender justice and will further equality in society. India rejoices today!”
“This is an occasion to salute the remarkable courage of those Muslim women who have suffered great wrongs just due to the practice of Triple Talaq. The abolition of Triple Talaq will contribute to women empowerment and give women the dignity they deserve in our society,” he further tweeted.
Expressing satisfaction over this landmark decision, union minister for home affairs Amit Shah congratulated Prime Minister Narendra Modi for fulfilling his commitment and ensuring that a law is made to ban the primitive practice of Triple Talaq.
The home minister also congratulated Muslim women, saying, “On the passage of this bill, I congratulate Muslim sisters across the country on getting rid of the Triple Talaq curse. This act will free Muslim women from the curse of this regressive practice”
Shah said that the Modi government is dedicated to protecting women's rights and ensuring their empowerment. This bill is a historic step to protect the dignity of Muslim women and keep it intact. It will bring a new era of hope and respect in the lives of Muslim women. From now on, the door to unlimited possibilities will open for Muslim women and they would now be able to play an effective role in the creation of 'New India'.
“Today is a great day for India’s democracy. I thank all parties who supported this historic bill”, Shah said while thanking all the members of Parliament.
On 22 August 2017, the Supreme Court, in a landmark 3-2 verdict, “set aside” the practice of instant triple talaq, following a clutch of petitions filed by Muslim women.
The women behind the petitions welcomed the passage of the bill. Opposition politicians, however, found the passage of the bill unpalatable.
The Triple Talaq bill should be seen only as one part of many attacks on Muslim identity since the NDA government came to power in 2014, AIMIM president Asauddin Owaisi claimed on Tuesday.
“Fail to understand the need to pass the triple talaq bill especially since the Supreme Court had already declared it illegal. Undue interference seemingly to punish Muslims. Given the current state of the economy, should this really have been a priority?” PDP leader Mehbooba Mufti tweeted soon after the Rajya Sabha passed the Muslim Women (Protection of Rights on Marriage), Bill, 2019.
MORE REPORTS