The government will launch a Rs12,695.58 crore exercise, involving the conduct of Census 2021 and subsequent updation of the National Population Register (NPR), which would help create a comprehensive identity database of every "usual resident" of the country. 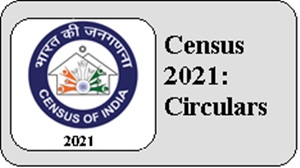 The union cabinet today approved the proposal for conducting Census of India 2021, involving expenditure of Rs8,754.23 crore and the updation of the National Population Register (NPR) at a cost of Rs3,941.35 crore.
A cabinet meeting, chaired by Prime Minister Narendra Modi approved the proposal for conducting Census of India 2021, which will commence from April next year.
The NPR is a list of "usual residents" of the country.
A "usual resident" is defined for the purposes of NPR as a person who has resided in a local area for the past six months or more or a person who intends to reside in that area for the next six months or more.
The data for National Population Register (NPR) was collected in 2010 along with the house listing phase of Census of India 2011.
The updation of this data was done during 2015 by conducting door to door survey. The digitisation of the updated information has been completed.
Now it has been decided to update the National Population Register along with the House listing phase of Census 2021 during April to September 2020 in all the states/UTs except Assam, according to the website of the Office of the Registrar General, and Census Commissioner.
Census of India will cover the entire population in the country while NPR will also cover all the population except in the state of Assam.
The decennial Census would be conducted in two phases:
House listing and Housing Census - April to September, 2020 and Population Enumeration - 9 February to 28 February, 2021.
The National Population Register (NPR) will also be updated along with House listing and Housing Census except in Assam.
Government will deploy 3 million field functionaries to complete this gigantic exercise of national importance, up from 28 lakh in 2011.
The enumeration will be done using mobile app for data collection and the Central portal for monitoring will ensure early release of Census data with improved quality.
Census 2021 will ensure data dissemination in a much better and in a user friendly way so that all the queries on required parameters for policy making will be made available on the click of a button.
Census data is a powerful tool for public policy when combined with other administrative or survey data. Census-as-a-service (CaaS) will deliver on-demand data to ministries in a clean, machine-readable and actionable format.
One of the major outcomes of these two mammoth exercises will be direct as well as indirect employment generation across India, including the far flung areas. This will be in addition to the payment of honorarium to Census functionaries for additional work undertaken by them for Census and NPR.
Approximately 48,000 enumerators will be engaged for about 2,900 days at the local levels. In another words, around 24 million mandays employment would be generated. Further, the provision of technical manpower at charge/ district/ state level will also result in capacity building as the nature of job will be related to data collection, including digital mode and coordination. This will also help in future employment prospects of these persons.
New initiatives taken for the Census 2021 involve:
·        Use of Mobile App for the first time for data collection.
·        Census monitoring and management portal as a single source for all officers/ officials involved in Census activities to provide multi language support.
·        Facility of online self-enumeration for public during population enumeration phase. Code directory to record the descriptive responses saving time in processing of data.
·        Transfer of honorarium etc to the Census functionaries for the Census and NPR related work directly to their bank accounts using Public Financial Management System (PFMS) and Direct Benefit Transfer (DBT) covering more than 60 percent of the total expenditure.
·        Qualitative training to 3 million field functionaries and utilising services of national/state level training institutes to prepare national and state level trainers.
Decennial Population Census is being conducted in India synchronously since 1872 without break. Census 2021 will be 16th Census in the country and 8th after independence. Census is the biggest source of primary data at village, town and ward level providing micro level data on various parameters, including housing condition; amenities and assets, demography, religion, SC & ST, language, literacy and education, economic activity, migration and fertility.
The Census Act, 1948 and the Census Rules, 1990 provide the legal framework for conduct of Census.
The National Population Register (NPR) was prepared in 2010 under the provisions of the Citizenship Act, 1955 and Citizenship Rules, 2003, which was subsequently updated in 2015 by seeding it with Aadhaar.
MORE REPORTS