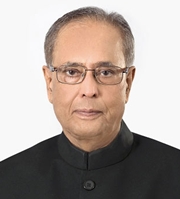 The Comptroller and General of India (CAG) has been serving an important role by adhering to a calibrated system of checks and balances, which forms the bedrock of our governance structure, President Pranab Mukherjee said today.

In the process the CAG has been helping the country to redefine organisational roles and boundaries for all Constitutional authorities, the President said while inaugurating the 26th conference of accountants general in New Delhi today.

The accountants general of the states and the CAG at the centre are important functionaries assigned with the task of being watchdogs of public finance, the President  said.

''Being a knowledge-based organisation, it is important that the practices followed by the department are continuously updated and universally and fairly applied,'' he said.

He said the very existence of the institution of CAG is an important part of the governance and accountability structures of the country.

''One of the main instruments through which Parliament exercises this accountability is the office of the CAG. It is in recognition of this role that the CAG has been assigned constitutional status by our founding fathers,'' he said.