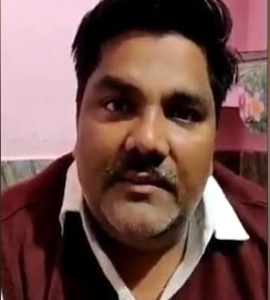 A bench of Chief Justice D N Patel and Justice C Hari Shankar issued the notices while hearing petitions that also south the setting up of a Special Investigation Team (SIT) to look into the alleged hate speeches.
One of the petitions sought registration of FIR against Delhi deputy chief minister Manish Sisodia and Aam Aadmi Party leader Amanatullah Khan for allegedly making hate speeches.
Another plea, filed by Hindu Sena, alleged that hate speeches were given by All India Majlis-e-Ittehadul Muslimeen (AIMIM) leaders Asaduddin Owaisi and Akbaruddin Owaisi, which instigated people for violence.
The plea also alleged that inflammatory speeches were made by AIMIM MLA from Mumbai Waris Pathan and said that his speeches surcharged communal tension in Delhi which resulted in death of several people.
Meanwhile, the number of dead in the north-east Delhi communal riots rose to 38 with more bodies being recovered from drains and people in hospitals dying of injuries Thursday. However, no incident of violence has been reported since Tuesday night and life is slowly returning to normal. Prohibitory orders imposed under Section 144 will be relaxed for 10 hours on Friday in view of the improvement in the ground situation.
Delhi Police has arrested over 130 people, detained over 400 and registered 48 FIRs. It has also booked Aam Aadmi Party councilor Tahir Hussain and his associates in the case of murder of Intelligence Bureau official Ankit Sharma. He is yet to be arrested. Sharma’s case, along with other cases of riots, have been transferred to the crime branch and a special investigation team (SIT) has been set up to probe the case.
The SIT will also probe a “larger conspiracy”, which cops suspect was hatched over a period. Their suspicion has been strengthened by the recoveries made from the area which include improvised hand grenades tied with rope and “bottle bomb launchers” which resemble a big-size slingshot tied to trees or fences to make it look like swings. These arrangements could not have been made overnight, said a source.
The Delhi LG on Thursday reviewed the situation and directed the police to ensure continued and adequate deployment of force apart from carrying out enhanced patrolling and area domination exercises.
“The LG has also asked for setting up of sufficient number of shelter homes with basic amenities, including beddings, blankets, medicines, food, sanitation and clean drinking water, ensuring timely medico-legal certificates and post-mortem reports etc. to the victims and their families,” reports citing a government official said.
Delhi Police has appealed to people residing in north-east Delhi that if they had witnessed violent incidents, they should come forward and share their ordeal and videos with the police. The locals can also send videos and pictures through WhatsApp on two mobile numbers —8750871221 and 8750871227.
MORE REPORTS