UP CM seeks NIA probe after explosive found in assembly

A major accident was averted in the Uttar Pradesh state assembly on Wednesday when a packet of explosives was discovered from inside the assembly, which security agencies later confirmed as Pentaerythritol tetranitrate (PETN), a powerful plastic explosive. 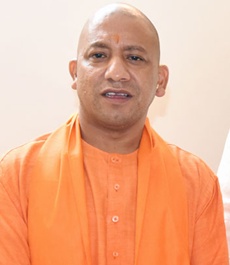 Chief minister Yogi Adityanath today informed the House of the major security breach, in which the dangerous explosive was found in a packet inside the Uttar Pradesh assembly.

He said the suspicious white powder was found wrapped in a paper close to the seat of the leader of the opposition Ram Govind Choudhry and that he has sought a National Investigative Agency (NIA) probe into it.

Employees undertaking cleaning work in the assembly stumbled upon the packet and handedit to security staff, the chief minister said, adding that the contents have since been handed over to the forensic lab for testing.

"The packet of the explosive was found under the chair of the opposition leader. It was 150 gm of PETN. 500 gm of PETN is enough to blow the whole assembly off. This shows the severity of the situation. I suggest that everybody present in the assembly should be investigated by the police and that the NIA should investigate into the matter," he said.

"It's unfortunate that the largest assembly of the country doesn't have a QRT," he added.

Adityanath said that this incident could also be an act of terror, planned with terrorist or militant groups and that the security of the state and the country cannot be compromised.

Aditynath also urged officials not to compromise on the security of the state and the nation, more so considering the current situation of the country

The assembly has unanimously recommended a probe by the National Investigation Team (NIA) into the incident.

Meanwhile, the ruling BJP and opposition Samajwadi Party blamed each other for the poor law and order situation in the state.

"Security is a serious issue. Yesterday, even the Speaker expressed concern over the same. Whatever is to be done, will be done. Terrorists want to spread their nexus all across the nation, but they won't get the access to Uttar Pradesh or its assembly," news agency ANI quoted UP minister Sidharth Nath Singh as saying.

"Every day, some or the other crime takes place. The women in the state are not safe. The law and order situation lacks order," Samajwadi Party leader Rajendra Chaudhary told ANI.