The Supreme Court has given a clean chit to the Narendra Modi government in the review petition against the 14 December 2018 verdict of the Supreme Court, which said there was no occasion to doubt the decision-making process in the government’s procurement of 36 Rafale fighter jets. 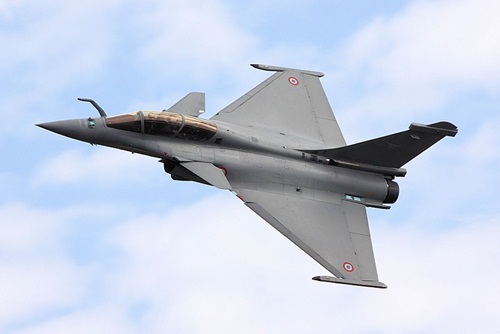 Days after the historic verdict on the Ayodhya land dispute case, a Supreme Court bench headed by Chief Justice Ranjan Gogoi threw out the politically-motivated petition relating to purchase of 36 Rafale jets from French aerospace major Dassault Aviation for the Indian Air Force (IAF) at a cost of Rs59,000 crore.
The court said insofar as the aspect of pricing is concerned, it was satisfied with the material made available, even as it said it was not for the court to determine the prices. Also, the court said it cannot dealt with the subject on mere suspicion of persons who decide to approach the court. The internal mechanism of such pricing would take care of the situation.
“On the perusal of documents we had found that one cannot compare apples and oranges. Thus, the pricing of the basic aircraft had to be compared which was competitively marginally lower. As to what should be loaded on the aircraft or not and what further pricing should be added has to be left to the best judgment of the competent authorities.”
Government of India in September 2016 inked a direct deal with the French government to purchase 36 new Rafale fighter jets in a 7.87 billion euro deal, which included over 3 billion euros of work for the Indian industry over the next 7-8 years.
The deal included acquisition of 28 single seater jets and 8 twin seaters for training.
The first Rafale aircraft will arrive in India in May. After training of pilots, a batch of four Rafales will be dispatched to the Ambala airbase.
The Indian Rafales carry the RB series of tail numbers, named after current Air Force Chief RKS Bhadauria. The Rafale weapons package will give India the ability to engage Pakistani jets from a distance without being tracked. Also, the air to ground SCALP missile will be able to take down virtually any target within Pakistani soil with dead accuracy. Precision long-range ground attack missile that can take out targets with extreme accuracy.
The petitioners had sought registration of an FIR and investigation by the CBI into the Rafale deal. The apex court, however, rejected the pleas saying, “We do not consider this to be a fair submission for the reason that all counsels, including counsel representing the petitioners in this matter, addressed elaborate submissions on all the aforesaid three aspects. No doubt that there was a prayer made for registration of FIR and further investigation but then once we had examined the three aspects on merits we did not consider it appropriate to issue any directions, as prayed for by the petitioners which automatically covered the direction for registration of FIR, prayed for.”
The five-bench constitution bench, headed by Chief Justice of India (CJI) Ranjan Gogoi, dealt with three important cases, including the Sabarimala and Rafale review petitions as well as a criminal contempt plea filed against Congress leader Rahul Gandhi.
By a majority verdict of 4:1, the apex court in September last year had lifted the ban on women and girls between the age of 10 and 50 from entering the Sabarimala Ayyappa shrine in Kerala, holding the centuries-old religious practice as illegal and unconstitutional.
The court today also decided to leave a decision on the review petition on the order to a larger seven-judge bench of the Supreme Court.
Rahul Gandhi, who had run into trouble over remarks that attributed his political slogan over the Rafale deal to the judges, was, however, let off by the Supreme Court by deciding to close the contempt case filed against the Congress leader.
A bench of the top court, comprising Chief Justice Ranjan Gogoi and Justices S K Kaul and K M Joseph, said Rahul Gandhi should have been careful with his remarks and his remarks were far from true.
“In view of the better sense that has prevailed, we do not proceed. Contemnor should be more careful in future,” the court said.
The court will deliver its judgement on as many as 65 petitions — including 56 review petitions and four fresh writ petitions and five transfer pleas — filed after its verdict sparked violent protests in the state.
MORE REPORTS