The deal, which marks Zydus Cadila's first acquisition in the research space, offers the group a highly evolved research platform for developing new vaccines and technology, the company said in a release. 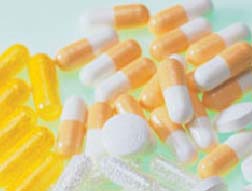 The company, however, did not disclose the cost of acquisition.

Crucell which was focused on biologicals entered the vaccine space with the acquisition of Berna Biotech, a globally renowned, specialised vaccine company. Etna was the dedicated research and development wing of Berna Biotech.

Etna Biotech based in Catania, Italy, focuses on research and development of vaccines. Currently, Etna Biotech has several innovative technologies and vaccines at different development stages in its pipeline. Prominent among those are the programmes for developing vaccines against Hepatitis using the Virosome vaccine technology platform; and against malaria and HPV using the measles technology platform.

The global vaccine industry, still a restricted area meant for companies with specialised technology and cutting edge research, is forecast to grow by nearly 18 per cent by 2010, which is roughly three times the growth of the global pharmaceutical industry, research and development of vaccines have emerged as a major focus area in recent times.