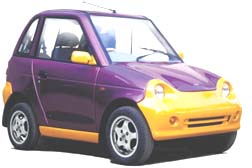 New Delhi: Reva Electric Car Company (RECC) plans to launch another electric car by the end of 2008. Additionally, the company said it would launch one new vehicle and one variant every year from this year onwards.

Chetan Kumaar Maini, deputy chairman and chief technology officerof RECC said, "We will launch one new vehicle and one variant every year and by the end of 2008 calendar year, we will rollout another electric car with more advanced features, and fitted with a battery that can traverse wider distance," he said.

RECC has built a new 33,000 unit capacity plant in Bommasandra, Bangalore, to meet the increased demand in foreign markets and also get a foothold in the Maharashtra market.
Company officials said 80 per cent of the company's cars are sold in 21 markets abroad including the UK and Japan where there is more awareness about the environment and electric cars are more acceptable.

The company is in talks with the Maharashtra government for subsidies and tax breaks to enable Reva to enter the state market. The subsidies would also bring down the price of the car and make it more attractive for the domestic market officials said. Reva, which is available in three variants, is available in the range of Rs 3 lakh for the base model to Rs 5 lakh for the fully loaded version.

RECC has developed products ranging from three-wheelers to buses but does not plan to enter the electric two-wheeler market which has high volumes but low margins.