Mumbai: Reliance Industries has closed its 1,432 petrol pumps in the country after sales dropped to almost nil as the private sector distributor could not match the subsidised price offered by public sector rivals. 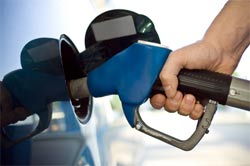 "Reliance has informed that sales at their retail outlets was negligible due to selling price differential between private and public sector ROs, leading to the closure of all their 1,432 pumps in the country with effect from March 15," petroleum minister Murli Deora informed the Rajya Sabha.

Reliance owned 1,432 of a total 36,936 petrol pumps in the country, of which,  state-run Indian Oil, Bharat Petroleum and Hindustan Petroleum owned 34,304 and the remaining by private sector Essar Oil and Shell India.

Private firms such as Reliance sell fuel at their pumps at prices Rs8-10 a litre higher than public sector oil companies that are entitled to a subsidy.

"The price of sensitive petroleum products are fixed by the public sector oil marketing companies in consultation with the government," Deora said. "Private oil companies are not subject to pricing restrictions by the government and are free to take their pricing decisions on commercial considerations."

Public sector oil firms currently sell petrol at a discount of Rs13.97 a litre and diesel at a discount of Rs20.97 per litre. They make up this loss of revenue from oil bonds issued by the government and subsidy share from upstream firms like ONGC and GAIL.