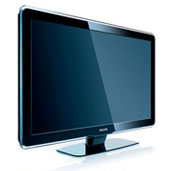 Royal Philips Electronics, the Netherlands-based consumer electronics giant, has decided to stop making TVs for the US and Canadian markets. It has agreed to let Funai Electric Co. of Japan to acquire the North American rights to its liquid crystal display television division, giving the Japanese company control of the Philips and Magnavox brands.

Under the five-year agreement between the two groups (taking effect from 1 September 2008), Philips will receive royalty payments against the sales of these brands in the United States and Canada. Funai will have exclusive rights to the Philips and Magnavox brand names for its consumer television offerings in these markets.

Philips sells other consumer products in the US, including DVD players, audio video equipment and accessories, health care, electric razor products and lighting. These products are not covered by this agreement.

Funai, which currently markets its products under the Emerson, Sylvania and Symphonic brands, has a 3 per cent share of the $22.4-billion North American LCD TV market; Philips has 6 per cent (worth $1.7 billion in 2007). With a combined 9 per cent of the market, Funai is likely to be in a better position to compete with rivals Sony of Japan and Korea's Samsung Electronics.

Philips' problem has been that it does not command a premium in the flat-panel LCD TV market in the US, unlike Sony and Samsung. This is unlike in Europe, where it is seen as a top brand.

This has made it difficult for the Dutch company to make two ends meet as flat panel TV prices continue to fall. There are cheaper brands available, with which it is unable to compete on price. Philips share of the LCD T V market in North America has slumped from 17 per cent a year earlier.