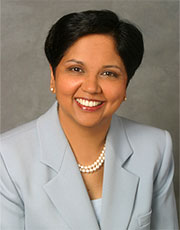 Pepsi, the second largest US beverage and snack-food maker hurt by the 9.6 per cent decrease in third quarter net income posted yesterday, announced 3,300 job cuts or roughly 1.8 per cent of its 185,000 work force and said it would close six plants, as part of its plan to save more than $1.2 billion over three years, citing ''macro economic turbulence and volatility in the currency markets.''

The job cuts that will take place in the fourth quarter will cost the company $550 million to $600 million before taxes.

The company, which makes Pepsi cola drinks, Walkers Crisps and Quaker Oats, said it expects to generate a pretax savings of more than $1.2 billion over the next three years, with a saving of $350 million to $400 million in 2009.

Chief Executive Indra Nooyi said in a statement, "While we can't control the macro economic situation, we can enhance PepsiCo's operating agility to respond to the changing environment."

In a statement, Pepsi said the net income was hurt by continued weakness in its domestic liquid refreshment beverage category as beverage sales in the US and Canada decreased 3 per cent in the third quarter as consumers cut back on soft drinks and saved money to spend on groceries and gasoline whose price had skyrocketed.

Indra Nooyi said, ''In the third quarter, our worldwide snacks and international beverage businesses performed well once again, we had solid top-and bottom-line results in the face of a challenging macro environment and the most difficult quarterly comparisons on commodity cost inputs.''