After its $11.6 billion record 2008 second quarter profits, Exxon Mobil Corp, the world's largest oil and gas company, posted the highest ever quarterly operating profit of $14.8 billion in the July-September quarter - its own record for the highest quarterly profit for a publicly traded US corporation - helped by high oil prices and fatter refinery margins. 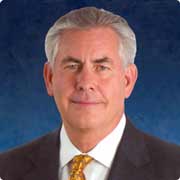 At $14.8 billion, Exxon's earnings were the highest-ever and 58 per cent above its profits for the year-ago quarter.