The board of TNK-BP voted against the shareholders' demand to sack Dudley at an emergency meeting. The meeting was called by Viktor Vekselberg, part of the AAR consortium that owns 50 per cent of TNK-BP. A motion requesting BP to nominate a new independent candidate was also rejected. 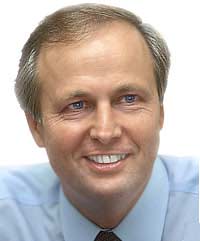 Russian tax authorities have now sought information on a group of foreigners employed or connected with TNK-BP, including time sheets, certification of business trips and passport copies showing foreign travel.

TNK-BP has been asked to submit information on these for a two-year period from January 2006 to December 2007 within 10 days or face penalties.

The fresh probe also comes hours after British prime minister Gordon Brown raised concerns about harassment of the company and its officials with Russian president Dmitry Medvedev on the sidelines of the G8 meeting in Japan.