BHEL has won an order for the main plant package at the upcoming Malwa Thermal Power Project (TPP) in Madhya Pradesh, involving two new-rating units of 600 MW each. 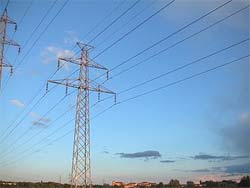 The order for the greenfield power project has been placed by Madhya Pradesh Power Generating Company Limited (MPPGCL).

This is the first order secured by BHEL for the new-rating units of 600 MW in Madhya Pradesh and the project will significantly augment the existing generating capacity in the state.

BHEL's scope of work in the contract includes design, engineering, manufacture, supply, erection and commissioning of steam turbines, generators, boilers and associated auxiliaries, including transformers, busducts and state-of-the-art controls and instrumentation, in addition to civil works for the main power block.

While the first set is scheduled to go on stream in a tight schedule of 39 months, the second set will be commissioned in 43 months from the zero date of contract, the company said in a release.