State-run Bharat Heavy Electricals today said that it plans  a joint venture with a European firm to manufacture nuclear forgings on a technology-transfer basis and the process should be completed by this calendar year.

Without naming the company, BHEL CMD, K Ravi Kumar told reporters that the company was looking at a joint venture with a European firm for manufacturing nuclear forgings this calendar year and BHEL would buy the technology from the European partner. 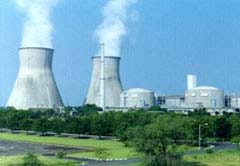 Kumar said that the public sector company expects to grow at 25-30 per cent in the current year, despite the current economic slowdown, and has lined up investment plans worth around Rs10,000 crore for the next three years (See: BHEL sees 30 per cent growth despite the global slowdown) and the current order booking was Rs45, 000 crore.

The company board has already approved Rs 4,800 crore for investing in expansion for the financial year 2009-10.

Last month, K Ravi Kumar had said that BHEL was in talks with Japanese and European companies for establishing a casting and forgings plant under a joint venture and was also in the process of entering the field of nuclear reactors. It already has a joint venture with Nuclear Power Corporation of India (See: BHEL-NPCIL joint venture finalising technology partner)

Media reports had suggested last month that the company was talking to the UK-based Sheffield Forgemasters International and Japan's Kobe Steel for a possible JV, to set up a greenfield manufacturing base in India for nuclear forgings.