Green miles: The future of automobiles

The future looks green for new-age automobiles, which are getting more eco friendly. Global awareness to climate change, coupled with rising oil prices have led to a shift in consumer preferences and, in turn, forced automakers worldwide to implement radical changes to future generation cars. 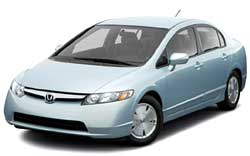 Safer and viable options such as fuel cell engines, bio fuels, and hybrid electric cars with lower to zero emissions are all set to replace the 150-year-old combustion engine technology. The next-generation of cars also promises to be lighter in weight with the introduction of composite materials and light metals such as steel, aluminium and magnesium to ultra-light synthetic polymers, carbon fibres and plastics, allowing lower fuel consumption and overall improved performance.

Reduced body weight will allow auto manufacturers to use lighter drivetrain components such as the engine, transmission, and driveshafts. Thus a smaller engine will consume less energy compared to a conventional one and can be used to propel the whole vehicle without loss of performance. The decrease in fuel consumption will also reduce greenhouse gas emissions.

Demanding situation
Private-car ownership has increased steadily with rising incomes, particularly in emerging markets such as China and India. With more cars on the road, there is a greater volume of auto emissions, which is a serious threat to the environment. With combustion engine technology, harmful carbon emissions are released from car tail pipes, which are believed to be the main factor behind the rise in global temperatures and cause of acid rain.

Transportation accounts for almost half of global oil consumption and according to the Energy Information Administration (EIA), global oil consumption is expected to rise by 1.6 million barrels per day (bbl/d) in both 2008 and 2009 compared with the estimated 1 million bbl/d increase recorded last year. Oil reserves will find it hard to keep up with the rising demand, and annual production will fall short of consumption in a few decades, causing the price of oil to skyrocket, experts predict.

A conscious effort is being made to reduce dependence on petroleum and its by-products.