India opts for US Harpoon missiles

Washington: The United States' Defense Security Cooperation Agency (DSCA) has notified the US Congress of a possible Foreign Military Sale to India of 24 Harpoon Block II missiles as well as associated equipment and services. The total value, if all options are exercised, could be as high as $170 million. The sale has been announced by the Pentagon even as Indian defence minister, AK Antony, met his US counterpart Robert Gates yesterday. 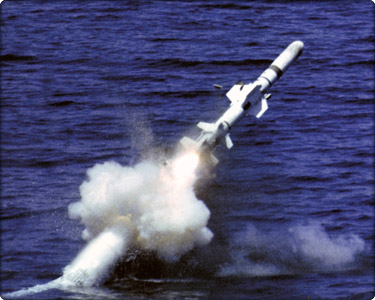 The meeting, which is a reciprocal one for Antony, was meant 'to discuss ways to deepen the bilateral security cooperation and exchange views on regional and international issues of mutual interest.' Defence secretary Gates had visited New Delhi early this year.

It also said that the estimated cost is $170 million and that the prime contractor for the systems will be the Boeing Company, St. Louis, Missouri.

According to the Pentagon, India intends to use the Harpoon missiles to modernize its air force anti-surface warfare mission capabilities and improve its naval operational flexibility. The missiles will assist the Indian Navy to develop and enhance standardization and operational ability with the United States.

It remarked that India will have no difficulty absorbing these missiles into its armed forces.