More reports on: In the news, IT news, Infosys Technologies, Aviation, News reports

The present global downturn may have seriously impacted the aviation industry, but it is also a great opportunity for countries like India, to re-define, re-orient and refurbish for the challenges of the future, said Infosys CEO and managing director S Gopalakrishnan. 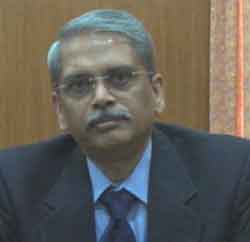 He was speaking on the subject 'Redefining Global Partnership in the Aerospace Industry' at the Aero India 2009 International Seminar on 'Aerospace - Perspectives and Trends in Technologies', being held in Bangalore from 9 to 12 February.

The head of the software major added that India already exports engineering and R&D worth $10 billion, especially in wing and chassis design, as well as embedded software systems, and this could go up to $15 billion with the new offsets regime for defence production.

Gopalakrishnan said that in the new industrial environment, it is the cost challenges that will be critical in the aviation and aerospace industries. Time to market will have to reduce significantly, and iteration built into the development process, so that a 'first time right' development regime comes into play. The process itself should ensure quality of output, requiring a knowledge-driven collaborative approach and application of Product Lifecycle Management (PLM) tools to integrate development teams around the globe.

Open Source, a new trend in critical problem solving, by inviting competing solutions to issues, could also be a way forward, the Infosys CEO said.

Later, speaking exclusively to Domain-B, Gopalakrishnan said that once India starts to efficiently address core technologies in aviation and aerospace, as the Indian Space Research Organisation (ISRO) had done in satellite and launch technology, it could make the leap from taking on the 'bits and pieces' in offsets to entire core systems in technology transfer.