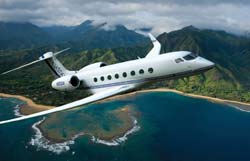 Jet Aviation was founded in Switzerland in 1967 and is one of the world's leading business aviation services companies.

The proposed acquisition, which has been approved by the boards of directors of both companies, would add to the earnings of General Dynamics immediately. The transaction is subject to normal regulatory approvals, and is expected to close by the end of 2008.

The current Jet Aviation management is expected to remain in place.

Following completion of the acquisition, Jet Aviation will continue serving the entire aircraft manufacturing community and its global client base as a new business unit within the General Dynamics Aerospace group, operating under the Jet Aviation and Midcoast Aviation brands.